Public Approval of Hunting is at the Highest Since 1995

NSSF reports that a new survey shows 79 percent of the American public approve of hunting. This marks the highest level of support for hunting since 1995, according to data compiled by Responsive Management, an independent research firm.

The nationwide scientific survey showed the public’s approval of hunting rose five points in the past year, up from 74 percent in 2011. The survey, conducted in February 2013 using random digit dialing and supplemental cellular telephone sampling, was the fifth in a series of similar surveys by Responsive Management to track trends in public approval of hunting since 1995. 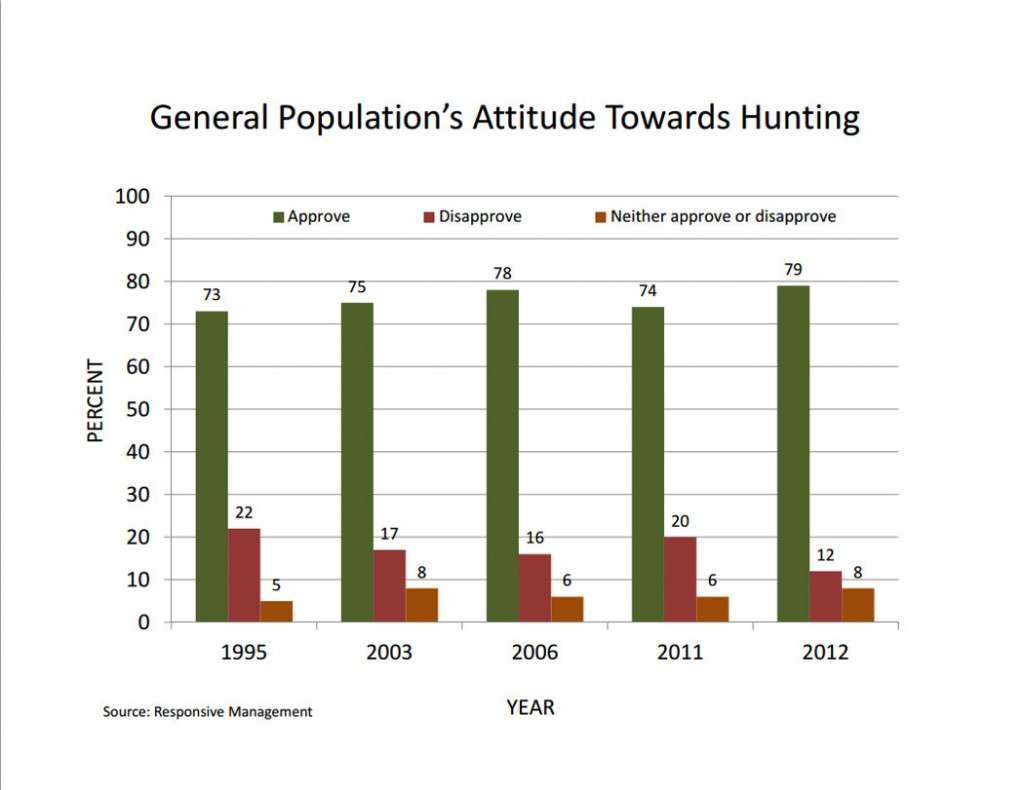 Mark Damian Duda, executive director of Responsive Management, is still looking at survey results to better understand why approval has increased. Said Duda, “Approval of hunting among Americans is fairly stable and bounces between 73 and 79 percent. The reasons for this increase are still unclear, but it is probably related to the increase in hunting and shooting participation.

Added Duda, “Since 2006, hunting participation has increased by 9 percent while shooting participation has increased 18 percent since 2009. Other studies we have conducted on public opinion on hunting show that the strongest correlation for approval of hunting is knowing a hunter–over and above demographic variables or anything else. With the increased number of hunters in the field and sport shooters at the range, it is possible that this is being reflected in this uptick in support for hunting.”

One thousand Americans 18 years old and older were surveyed to achieve a sampling error of plus or minus 3.00 percentage points. More than half (52%) of those surveyed strongly approved of hunting. At the other end of the spectrum, 12 percent of Americans disapprove of hunting. Another 8 percent neither approve nor disapprove (total does not equal 100% due to rounding).